May 16, 2018
After a short break, I’m back with another post.  I’ll be brief this time.  The Feds recently leveled a major attack at me that obstructed me while I was in the process of working on my legal complaint to submit to the FBI to get the ball rolling on litigating the government and Kent State University for their long pattern of harassment.  I am running lower and lower on energy as a result of their attempts to silence me.

As for the current post, I’m here to present some evidence confirming that the U.S. government conspired to murder the pop stars Prince and Avicii.

I was planning to write this post on celebrity stalking as a continuation of my previous post, but today I discovered conclusive proof confirming that both Avicii and Prince were murdered by the U.S. government. I was so excited I couldn't resist. I had already known that both of them were murdered but did not have enough proof to formally advance the hypothesis. The evidence is extraordinary. Be sure to fully read and appreciate this post. It will once again prove that my allegations and evidence of conspiracy are a force to be reckoned with. I have already proven the FBI a bunch of cowards that did not let me leak this blog to the press because it is so credible and they are afraid.

A statement of the process in which I confirmed that both Prince and Avicii were murdered by the government is presented in the following sequence of events:

In late 2011, I posted my song Cloud 9 to the web, which featured a provocative image of me over a black and green hue with a split down the center of my face.  The image was part of a plan I had to enhance my musical format by including artwork with the songs I released on YouTube.

The Cloud 9 image turned out to be a perfect representation of the dualist notion that the human condition is characterized by a conflict between two contrary and conflicting elements, e.g., good and evil, body and soul, mind and body.  The philosophical perspective of dualism represented the topic of my Master's thesis and I eventually discovered that both the thesis and the Cloud 9 image were the product of thought planting.

The song Cloud 9 itself represented an eclectic mix of different styles and represented what I believed to be the best example I had yet created of my own signature style of heavy metal that blended my classically-influenced guitar style of using big open chords within the context of a typical melodic metal act in order to create the sensation of playing Iron Maiden and In Flames style guitar riffs on a single guitar.

In short, Cloud 9 represented the first song in which I had debuted myself as not just a musician, but an artist.

Still in my graduate program, by mid 2012, I was forced to take the song down along with my old YouTube channel and blog empire by my graduate school adviser, who had led me to believe I needed to ditch my blogging and musical pursuits in order to prove my loyalty to my degree program in order to get my degree.

By April 2016, I was getting sick of having no content on the web to share.  On April 20th 2016, I re-posted my song and image 'Cloud 9' to the web.  It appears re-posting the song on this date was no coincidence, but that somehow the government manipulated me into doing it.

The next day, on 4/21/16, the 'artist' known as Prince died.  Again, recall that Cloud 9 was the first song in which I had debuted myself as not just a musician, but an artist. 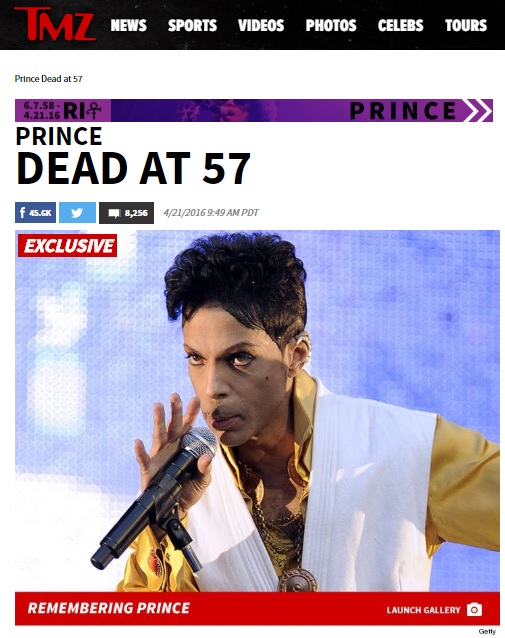 Prince had a mole on his face, which matched the moles on my face. Like my own, Prince's mole stood out as a significant feature.  Recall that stalking me by mirroring my mole patterns was one of the ways the government signaled conspiracy or that something contained a coded message. 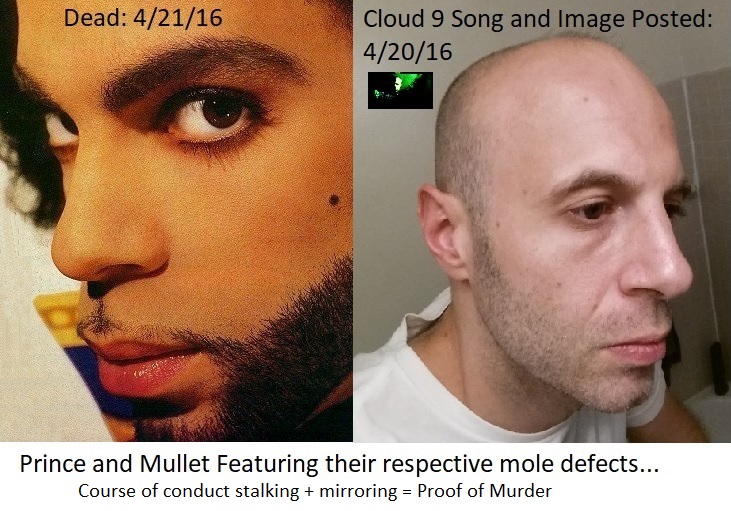 As you know from my post on the death of Nick Menza, the government is using the DC comic book villain “the Joker” as a modus operandi for their extrajudicial murders.  In this case, the 'Joker' punchline was clear: 'there’s a new prince in town…' or 'the rise of a new prince...'  It was as if I had mortally upstaged the 'artist' known as Prince with my song Cloud 9. 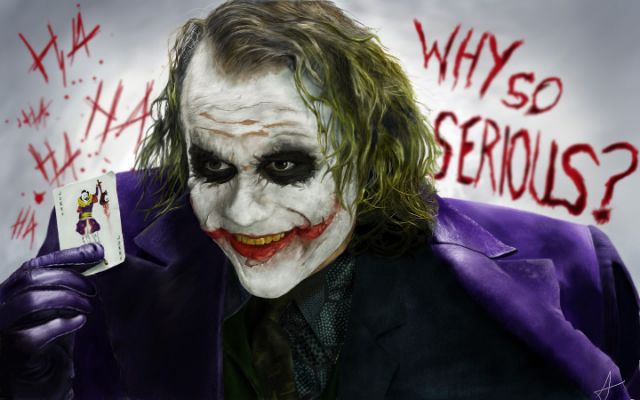 And the plot further thickens:

Two years later, on 4/20/18, on the anniversary of the Cloud 9 re-post, and on roughly the same day Prince died, the Swedish pop 'artist' Avicii died. 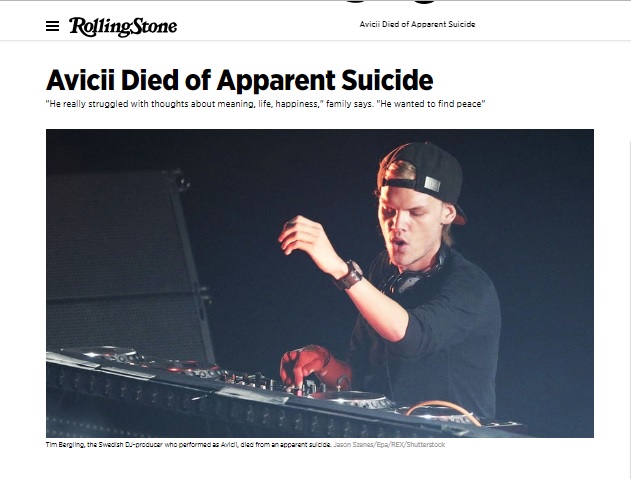 And just today, I discovered the proof of homicide:

Avicii features moles on his face in roughly the same pattern as mine and Karlie Kloss's (my celebrity lookalike).

The government truly is obsessed with my pretty face. 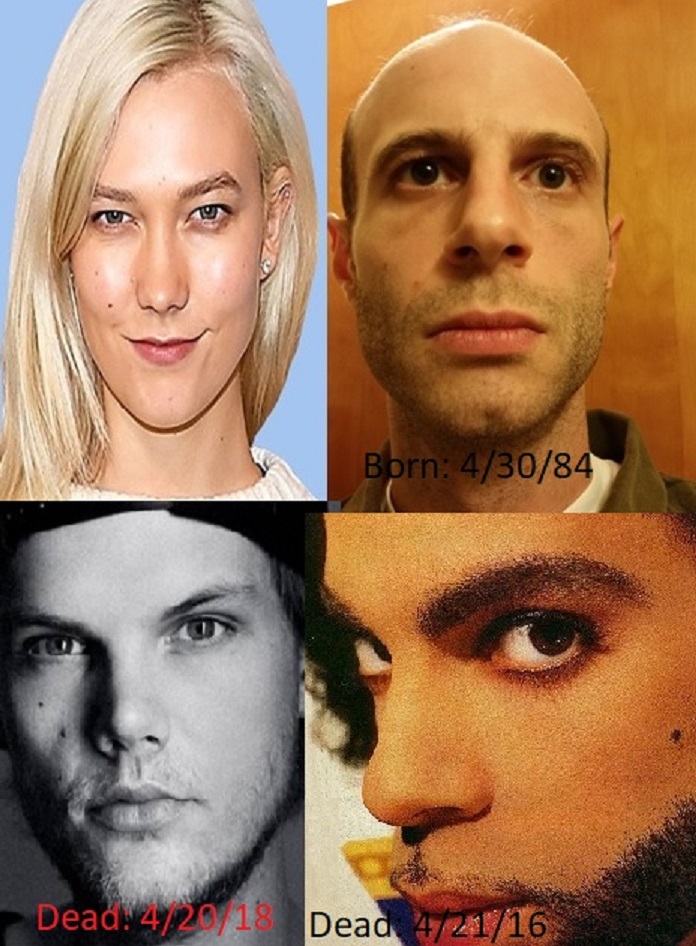 This next set of coincidences conclusively proves that these artists (and musicians) were murdered.  Namely, there are a number of synchronicities linking three of the four parties in the photograph to the tyrannical dictator Adolf Hitler --

First, both Prince and Avicii's dates of death are the same as the day Adolf Hitler was born.

Second, my date of birth, April 30th 1984, is the anniversary of the day Adolf Hitler died.  This day is a European holiday known as Walpurgisnacht, which is also the day the Church of Satan was founded in 1966.

Third, Hitler was an aspiring artist before rising to power.  Both me and Prince outwardly fancy ourselves both artists and musicians, and Avicii's music as well takes on an artistic flare.

Fourth, both Hitler and Prince all to strikingly remind one of Machiavelli's philosophical concept of the Prince, which of course fits Hitler, but served to signal the significance of Prince the pop star.

So -- Hitler died the day I was born.  As we saw with the pop star Prince, did I mortally upstage Hitler?  Is there yet again, a New Prince in Town?  Will we soon be witnessing the Rise of a New Prince? 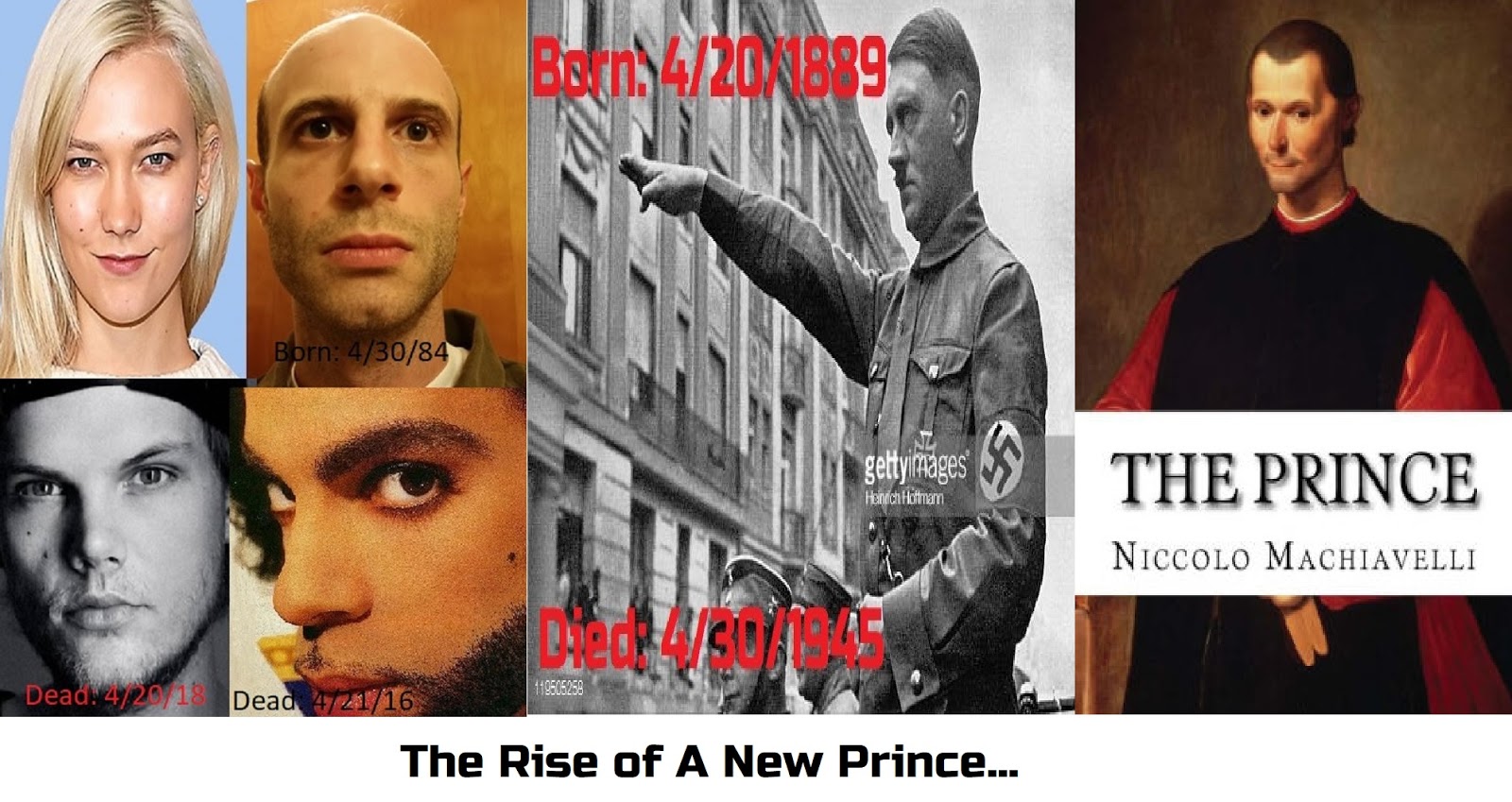 I guess we'll have to wait and see...

Solving the Mystery: Speculating as to Cause of Death

So how did they cause the deaths?  Well in Prince's case it is obvious --

A drug overdose, when observed alongside the textbook signs of the 'Illuminati Code', is a clear indicator that the government used their stock ‘frame-up’ strategy that typically involves inducing cardiac arrest using satellite dish weapons and then blaming the death on some pre-existing health condition of the victim (they exploit the concept of a ‘spurious’ association). This is what we observed in the deaths of Kent State football player Jason Bitsko and Nick Menza.

In Avicii's case, although circumstances are less clear, there is definitely cause to be suspicious:

First, no cause of death was initially reported, and while the death was later reported to have been a suicide, there is no clear indication of how the suicide was carried out.  The primary statements from mere "sources" allege "blood loss after cutting himself with broken glass from a wine bottle."

The initial silence on the cause of death, and the lack of a fully confirmed statement, seems suspicious.  The evidence I've presented here suggests foul play.

This theory is not inconceivable at all. I know the FBI conspires with local police all around the nation (these organizations form one unified intelligence apparatus) to engage in corrupt activity, including frame ups, false arrests, and homicides, to which they of course never admit.

On one final note: the farmhouse in which Avicii died is reported to have been tied to Oman's royal family, with the house itself being owned by a relative of the sultan of Oman. 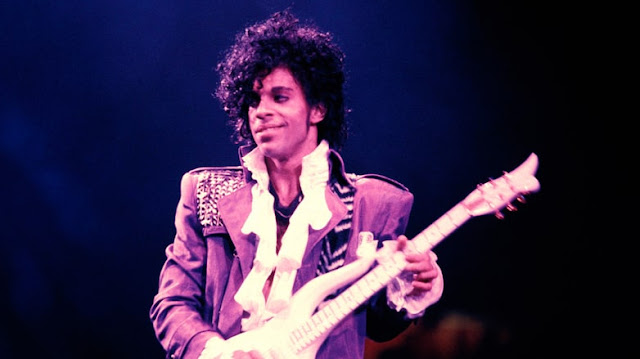 So there you have it – the government killed Avicii and Prince, with no remorse, for no other reason than to set the stage for the rise of a new prince.

I will end the tyranny. Please join the fight. Write the FBI and DOJ. Tell them you know will not tolerate living in terror.  Tell them that these pansy-ass cowards need to stop harassing Steve Mullet. 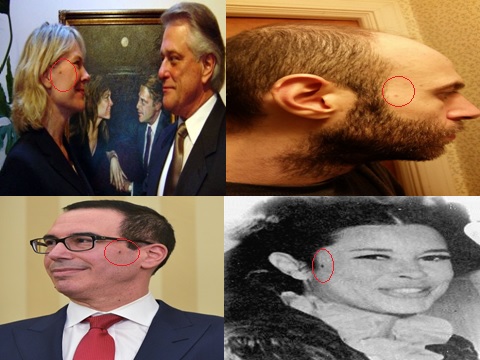 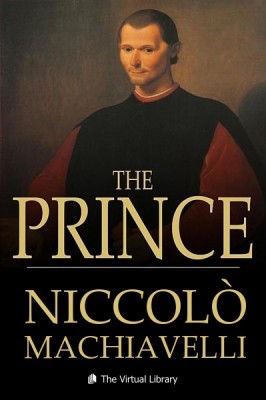 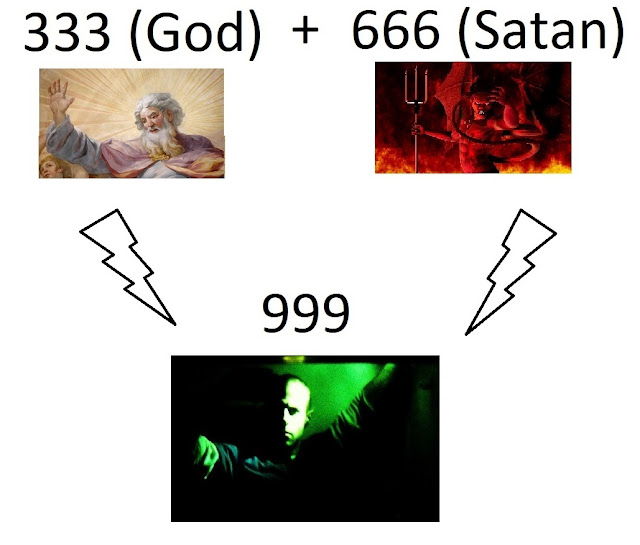 Most terrorists are false flag terrorists or are created by our own security services.In the United States, every single terrorist incident we have had has been a false flag, or has been an informant pushed on by the FBI.In fact, we now have citizens taking out restraining orders against FBI informants that are trying to incite terrorism.We’ve become a lunatic asylum. -Robert David Steele
Almost all “terror” plots are created by the FBI as part of its business model.  What is the business of the FBI?  Extracting tax.  What does it need to do that?  A stable threat.  Prob?  Real terrorists are sporadic & make the FBI look weak.  Solution?  Make them.  -Julian Assange

INTRODUCTION
In the United States we live by our sacred ideological notions of liberty and the American dream.We are deceived by myths of capitalism and the free market, or the idea that we are in control of our own destinies, that the government is hands off, and that history unfolds in a random direction.Few people q…
Read more 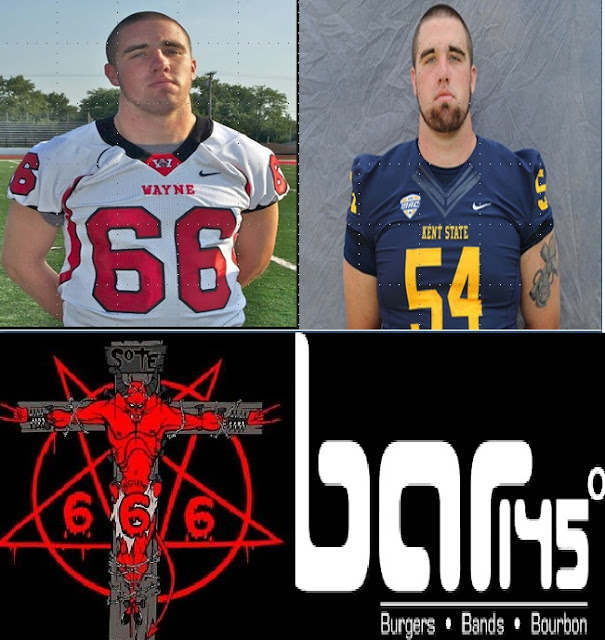 I’ve been politely asking the FBI and DOJ for months now to stop violating my constitutional rights without adequate response despite presenting clear and convincing evidence proving my allegations.They seem intent on preventing me from even making it to court to file a legal complaint to enforce my rights, and have even threatened to conspire with the judge to dismiss my case outright.

As a result, they have given me no other choice but to go public with the dirt on the government I have gathered through the course of being persecuted for over 16 years now.  If you don’t like what you read, blame them, not me.They have given me no other choice but to expose their crimes in attempt to enforce my rights.
As stated in a previous post, for the past 4 years I have been seized unlawfully by the U.S. government and forced to undergo an experimental procedure.  While developing virtuosity on the guitar was one of the reported goals, the exact details of the primary procedure will go unnamed…
Read more 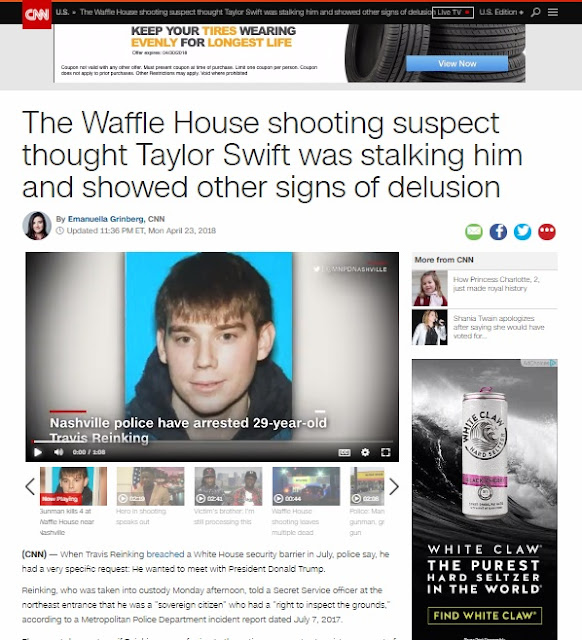 As mentioned in previous posts, the stalking campaign to which I have been victim has involved the participation of a large number of celebrities.  These celebrities appear to be involved in the government’s mind control apparatus, consistent with much of the literature on the CIA's Project Monarch.

This extortion racket, mind control apparatus, or gang stalking apparatus, operates under the euphemism of a "community oriented policing program" (COPS) and is in reality a societal-wide unconstitutional social control program that seeks to unify all sectors of society, including media, private businesses, ordinary civilians, public organizations, interest groups, and more into a single faction representing the 'state.'

The goal of the COPS program is to oppress the population through the widespread and all-pervasive practice of mass extortion, operating under the guise of covert investigations or 'entrapment,' but in reality throwing the rules out the window…
Read more